The new year continues with the launches of some of the biggest additive manufacturing brands. This time, Carbon announced the launch of its new M-series printers, the M3 and M3 Max, which it says will take advantage of the next generation of DLS printing technology. Specifically, they designed them to provide greater value in the dental industry, which commonly uses photopolymer AM technologies. They hope that with these machines they can encourage even more dental labs to adopt 3D printing.

And the launch certainly seems to be well received by the industry. In the press release, Jeff Lowthorp, Argen’s vice president of business development, commented: “Carbon printers have been a workhorse in our manufacturing center and create high quality dental models print after print. Having experienced firsthand what previous generations of printers are capable of, we look forward to this technological step which will save us time and money as we continue to produce high quality products in a shorter time frame. . In effect, Carbon seeks to provide an advanced platform from idea to end-to-end production for a better overall user experience when combined with the Carbon Design Engine™ and Carbon DLS materials. 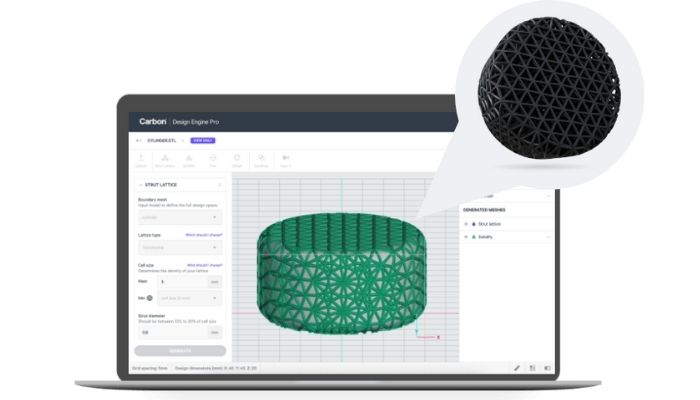 What to expect from Carbon’s M-series

But what should we expect from this new series? Well, for its part, Carbon notes that the M-series printers were designed for faster printing, a simpler printing experience, and better consistency between versions. The M3 Max will also offer a true 4K light engine as well as double the build area with the same size and pixel density. The large build area in particular is seen as an idea for dental labs that want to produce many smaller parts at the same time, giving them a similar quality. The printers are also rated as being up to 2.5 times faster than previous models thanks to better heat management.

However, perhaps most important about the new printers, especially for the dental sector, is that Carbon has also focused on consistency. They note that in this new generation of DLS printing, they were able to reduce part variation by 50% on a single build. This means they have less variation in overall accuracy, which in turn will allow for greater production repeatability. This is certainly at least partly due to the simplified printer experiences, as Carbon cliams that through significantly lower forces on the part and the introduction of closed-loop control of force and temperature, the users will be able to reduce outages with a simpler assembly. printing experience.

It already appears that three out of five dental labs use 3D printers and it is expected that even more will offer 3D printed parts in the future. And the company hopes the launch of Carbon’s machines could serve as a catalyst for those on the fence to fully embrace 3D printing. In any case, Carbon himself is certainly confident in his latest streak. In fact, Phil DeSimon, Director of Product and Business Development at Carbon, noted “Dental labs ranked Carbon printers as the most preferred and trusted 3D printers used in dental labs today according to a 2021 NADL survey, and this new generation of printers – combined with a wide range of materials fully validated – enables laboratories to create quality dental products faster and more efficiently than ever before.This will save our customers time and money as they deliver the consistently high quality products that Carbon has become This will further separate the forward-thinking labs using additive manufacturing on a daily basis.” You can read more about the M-series on the Carbon website HERE.

What do you think of the launch of Carbon’s M-series? Let us know in a comment below or on our LinkedIn, Facebookand Twitter pages! Don’t forget to sign up for our free weekly newsletter here, the latest 3D printing news straight to your inbox! You can also find all our videos on our Youtube channel.

US Navy awards $5 million to MatterHackers for Ultimaker 3D printers and training – 3DPrint.com

With over 70 desktop 3D printers to choose from and over 2,000 materials, it’s no wonder this California-based company MatterHackers is the largest US retailer of office systems and equipment. The company’s goal is to make 3D printing more accessible to everyone, from individuals and small businesses to enterprises and the military, and MatterHackers has […]

Modixa Tel Aviv-based large-format 3D printer manufacturer, has announced the launch of several new add-ons for use with its systems. Designed to bolster the performance and usability of its entire line of FFF 3D printers, add-ons include a new internal printhead, new firmware update, and more. Shachar Gafni, CEO of Modix, said, “Modix continues its […]

Printed replica of the bust of Roman Emperor Antoninus Pius. Israel sits in the office’s new location in Jewett Hall, where three printers hum quietly in the background as they gradually assemble their objects. A bust of the Roman emperor Antoninus Pius is built piece by piece, the replica of a original artifact which is […]