As 3D printing grows in popularity, cheaper desktop solutions are becoming more popular and providing more and more access to the technology. ELEGOO is one such company that is gaining popularity for its cheap yet reliable printers. Founded in 2015, and with a name suggesting the idea of ​​a “combination of open source electronics and frameworks that make it all happen”, ELEGOO was created primarily as a way to deliver hands-on kits, including 3D printing , to anyone who wants it.

The company quickly made a name for itself in the world of budget and DIY printers. Although perhaps best known for its LCD (similar to DLP) series, notably the ELEGOO Mars which has often been hailed as a budget 3D printer, ELEGOO has a number of offerings including the FDM printer, Neptune. We decided to take a closer look at its 3D printing offerings. 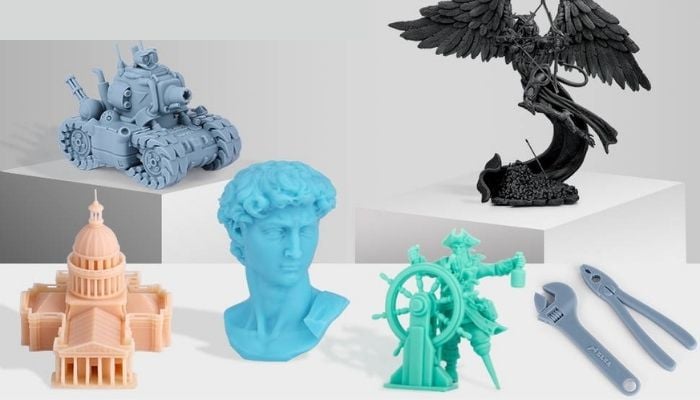 LCD printing is particularly useful for extremely detailed prints, such as with figurines (photo credits: ELEGOO)

When it comes to ELEGOO 3D printers, the first thing that most people think of is their LCD series. LCD printing, a photopolymer process, often compared to DLP. It’s a resin-based process that uses an LCD screen to harden the layers. It allows fast and detailed parts. ELEGOO is so entrenched in LCD 3D printers that it even offers resins and cleaning and curing machines, ensuring that users can get everything they need from one place.

The most popular series among ELEGOO 3D printers is undoubtedly the Mars series. Starting at just $179, the most basic Mars printer offers 0.047mm accuracy, with 0.01-0.2mm layers. It’s not the largest printer, as is often the case with photopolymer machines, but it has a respectable build volume of 4.53in(L)*2.56in(W)*5.9 inches (H). Of course, if you’re willing to pay a little more, other Elegoo Mars models offer even better stats. The Elegoo Mars 2 and Pro for example are faster and more accurate, you can even find a model with an air purifier. 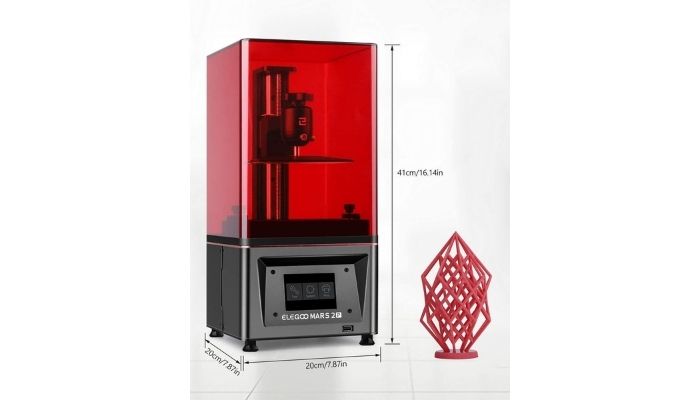 Currently, it is also possible to pre-order the latest Mars machine, the Ultra 4K Mono LCD 3D printer. At $300 it’s definitely a lot more expensive than older models, but it may be worth it for those serious about printing as it has even greater printing accuracy and a size of larger print. It also comes with a number of benefits such as a one-year subscription to Chitubox Pro Slicer and a one-year warranty on the entire printer and toolkit.

If you want an LCD printer, but the technical specs of Mars are not good enough, you might be interested in the Saturn 3D printer. Although it is also an LCD machine, the Saturn has a layer print time of only 1.5-2 seconds, in other words 6% faster than the Mars Pro. It is also accurate and has a larger build volume than Mars printers at 7.55in*4.72in*7.87in. According to ELEGOO, it also offers higher precision but with easier printing thanks to a double linear guide structure that allows more stable movement when printing. 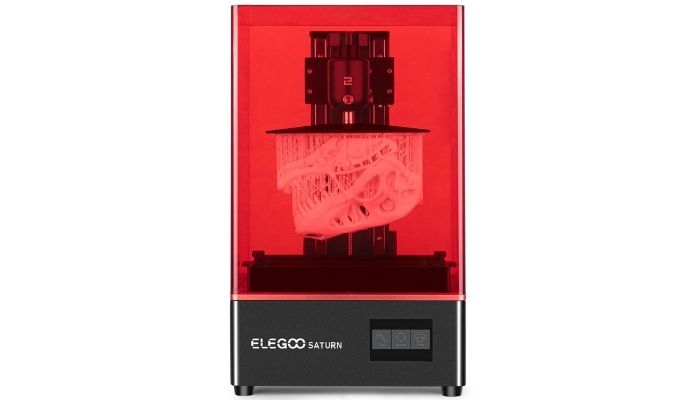 The ELEGOO Saturn series is larger than the Mars series (photo credits: ELEGOO)

However, ELEGOO does not only offer LCD printers, they also have an FDM option through the Neptune printer. FDM printers are the ones most often associated with economy printing because they are often less expensive than photopolymer printers. Although perhaps less established in the FDM market, as evidenced by the fact that unlike resins the company does not offer filaments, ELEGOO now has 3 printers in its Neptune series, similar to the Mars range, with another available on pre-order.

The cheapest of the Neptune printers is the ELEGOO Neptune 2 FDM 3D Printer with Silent Motherboard, available starting at $180. Although the print speed is naturally slower than with LCD printers, its build volume is also larger at 8.7 x 8.7 x 9.8″ (220x220x250mm). ELEGOO also recently launched two new Neptune FDM printers. One is the ELEGOO Neptune 2S FDM 3D Printer which has features that reduce some of the most common print failures for FDM, including a special titanium alloy throat pipe to reduce the risk of nozzle blockage and a material break detection switch. The other is ELEGOO Neptune 2D Independent Dual Extruder FDM 3D Printer. As the name suggests, this printer has two extruders, allowing users to print with different filaments, including different colors, as well as potential support materials. 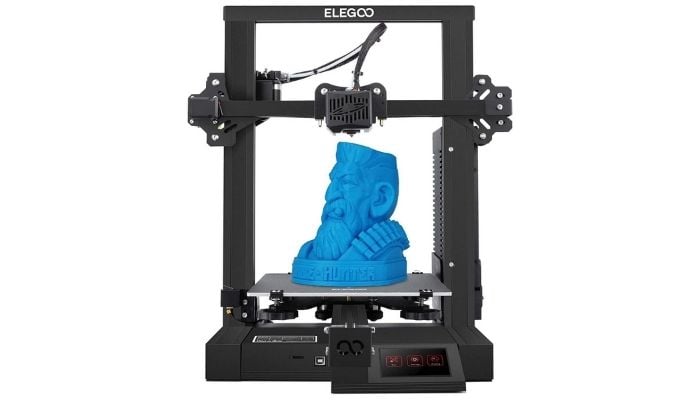 The latest FDM offering is the ELEGOO Neptune X FDM 3D Printer which is currently available for pre-order. With larger printing size (220*220*300mm) and printed hotbed, this FDM 3D printer can be compared with many others on the market. The company notes that it has many features of previous Neptune machines, including breakage detection and material shortage alarms, but also has new advantages, including being the first ELEGOO FDM machine. to support USB printing. You can learn more about ELEGOO and its 3D printers on the website HERE.

Which ELEGOO 3D printer would you choose? Let us know in a comment below or on our Facebook and Twitter pages. Don’t forget to sign up for our free weekly newsletter, with all the latest 3D printing news straight to your inbox!

Upon delivery of its first P-50 production system and rebranding of its EnvisionTEC acquisition, Desktop Metal (NYSE: DM) continues to integrate its subsidiaries into its broader brand. The latest is the incorporation of ExOne, a key purchase to secure its binder jetting portfolio. This comes in the form of X-Seriesthe Desktop Metal-branded line of binder […]

Modixa Tel Aviv-based large-format 3D printer manufacturer, has announced the launch of several new add-ons for use with its systems. Designed to bolster the performance and usability of its entire line of FFF 3D printers, add-ons include a new internal printhead, new firmware update, and more. Shachar Gafni, CEO of Modix, said, “Modix continues its […]