FDM 3D printers have to deal with the trade-off between throughput and resolution. High resolution prints require a finer nozzle, through which less material can pass, increasing print times. Increase the nozzle size and you get faster prints, while sacrificing resolution. Neither sacrifice is easy: time is money, and the post-production steps required to smooth out raw prints also cost money.

A team of research engineers at Rutgers believe they have solved this dilemma inexpensively.

“The new approach, called Multiplexed Manufacture of Fused Filaments (MF3), uses a single gantry, the sliding structure of a 3D printer, to print individual or multiple parts simultaneously. By programming their prototype to move in efficient patterns and using a series of small nozzles – rather than a single large nozzle, as is often the case in conventional printing – to deposit molten material, researchers were able to increase print resolution and size as well as significantly reduce print time.” 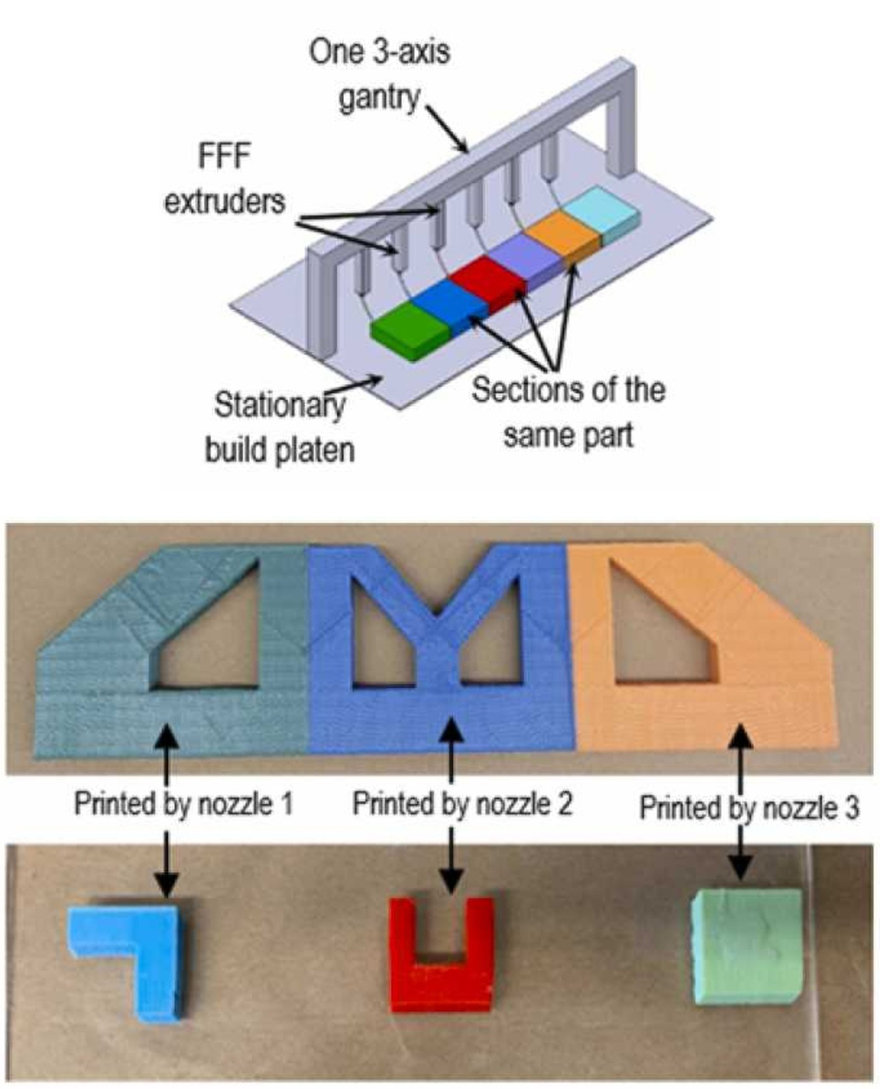 The hardware needed to assemble an MF3 system exists and can be purchased commercially. The real innovation of the Rutgers team lies in the software, which cuts the object to be printed into layers, distributes these layers between the nozzles and determines the toolpath. This allows a single printer “to simultaneously print multiple, geometrically distinct, non-contiguous parts of different sizes”. Some examples: 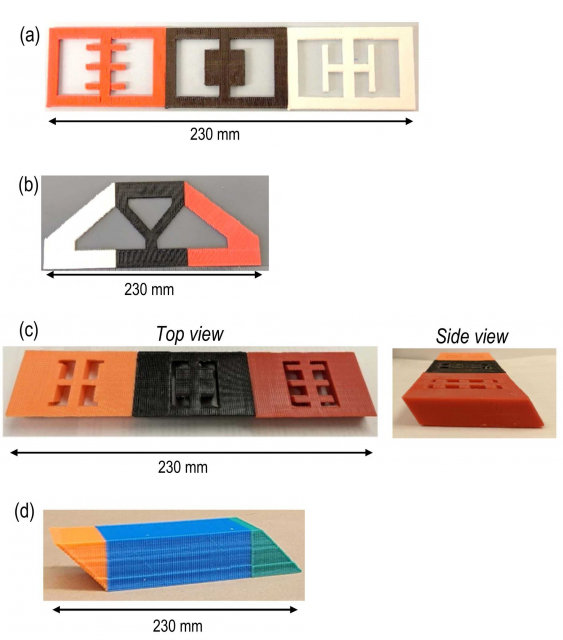 You can read more details about the system in the team’s research paper, “Scalable, Flexible, and Resilient Parallelization of Fused Filament Manufacturing: Breaking Endemic Compromises in Material Extrusion Additive Manufacturing.”

Stay up to date with everything happening in the wonderful world of AM through our LinkedIn community. Based in Bratislava, the Pressburg Mint in Slovakia uses state-of-the-art technology to breathe new life into the city’s centuries-old coin minting tradition. To enable these efforts, the private company purchased two X1 160Pro metal 3D printers from a […]

Dehydrated “cochayuyo” seaweed, instant mashed potatoes and hot water: these are the ingredients of a nutritious menu of 3D-printed foods that Chilean nutrition experts hope will revolutionize the market food, especially for children. With a 3D food printer and a modern twist on the traditional use of cochayuyo, a seaweed typically found in Chile, New […]